Since we came to this world kinda wonky, with broken meta and broken images, we needed to find a way to remedy this. The easy option would be simple burn and remint, but, the value of being the first ones of the DAA mint is valued to some, so we had to come up with an alternative.

Luckily for us, @redacted_j is The Man with the Plan. He came to our roundtable call and proposed the idea that would suit us nicely.

The entangler is a new smart contract that ties / entangles the original Exiled token with a newly created one. The new token has all new art and all new fixed metadata.

Holders have the option to create a link between their existing ape and the new art for a small fee. These tokens are from that point linked together through the entangler. The current owner or any future owner of either token has the option to exchange these back and forth for free. Only one token of the pair can exist outside of the entangler at any given time. 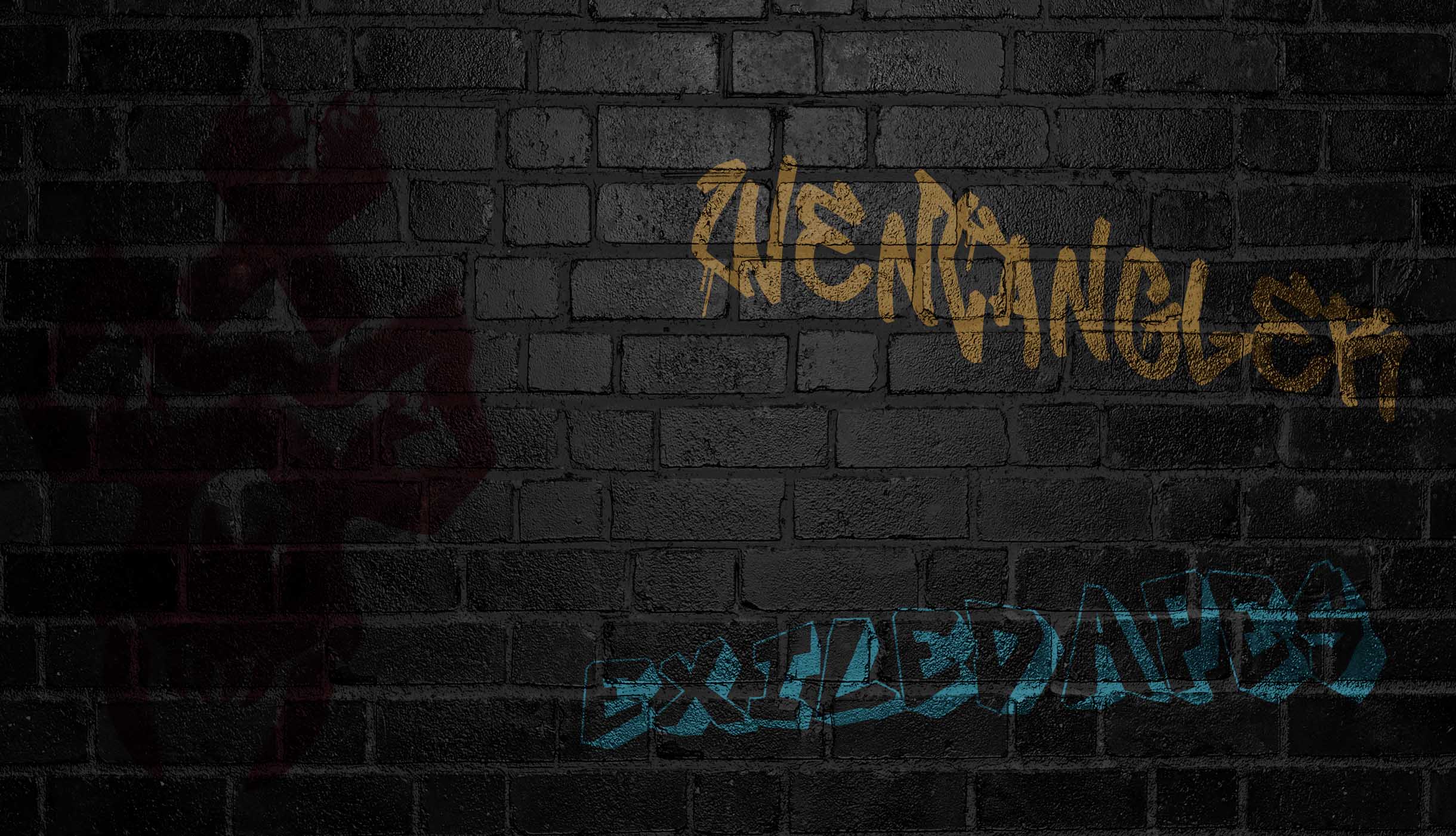 Initial swap is 1 SOL all swaps after that will be free. You can swap back and forth as many times as you’d like as long as you own the token. There will be two transactions you have to approve.

Exiled Team behind the reworks

The Art direction of the final rework collection is based on the customs Mirc started to create just for fun. After the positive response, community was pretty adamant this is the style we want to go with.

Art creation took a long time (estimated time spent in Design Tools ~400h during 3 months) and took a lot of community input in a form of voting.

For example, from the start we knew we had to create something special for the GhostApes – Those that were minted with metadata, but with no image. So a vigorous ideation phase was initiated and mockups presented to community. Our amazing community member @DAN_O_SAUR was in charge of the ghost trait under the watchful eye of Mirc.

Food traits were another community decision. General consensus was to remove these, so a big investigation was run by Empy to determine how the direct removal affects the uniqueness of each art piece. After many discussions, community determined these to be changed for a unique representation of each food within IOU Gold coin with specific image.

The Quantum Entangler has its roots and concept from the cross-chain wormhole teleportation feature being developed on Solana for blockchain interoperability. In this example the original token is locked in a vault on its host blockchain while simultaneously being copied and spawned into existence on a different blockchain. Only one of these tokens may be out of their respective vaults at one time. Taking this same concept and applying it on one single blockchain is the basis of the Quantum Entangler.

Sounds Cool What Else Do I Need to Know – At any time in the future the new token may be exchanged back through the Entangler, allowing the owner to retrieve the original token image if they wish. Only one version of the art can be unlocked at any given time. This authority will follow the owner of the Entangled token.

By entangling their ape the owner gets the following tangible benefits: